To the south, the birds were lost

And in that moment, the snow began to fall

A boy of no more than four

Rushed out the holly-strewn door

Greeting the snow of minutes young

With no coat and an outstretched tongue

His father, concerned, as any father should be

Rushed passed the mistletoe and past the christmas tree

He grabbed his son a winter coat

And was after the boy faster ‘n’ a sixteenth note

Hardly a moment after he wrapped up his boy

His own tongue was exposed to enjoy

The fresh ice crystals falling from the sky

Then he heard his son let out a long sigh

And he felt him reach up to hold his hand

And said, with the sad eyes of a wise ol’ man,

But only as eloquent as any little boy could be

“I ain’t hardly even got three!”

As the boy’s words filled that quiet space

“D’ya s’pose that God took water from the sea

‘N’ made ‘em special jest for you and me?

And d’ya think he gave certain angels that work

And told ‘em we’d be here soon, so’s not to shirk?

And d’ya think the angels sprinkle the snowflakes

Down through the fog with things like salt shakes?

And maybe theys had to timed it just right

So that they’d get to us right ‘this time of night?

“How silly. That’s not how it works.” The father thought

“I don’t know much about the weather, but I’ll share what I’ve got.”

Then the father opened his mouth to speak

But stopped because the truth seemed so bleak

A memory came to his head

Of something his own father once said

The trees danced softly in the wind

And summer was nearly at its end

The birds hummed their merry tune

As the sun was making way for the moon

A boy of no more than four

Was sitting on the quiet lake shore

When his father came to sit with him

And to watch the other children swim

When he asked the boy what was on his mind

The boy hastily left his daydream behind

And asked a question he hadn’t been asked yet,

“Father, does the sun ever sweat?”

The father paused for quite a long time

Then gave an answer which could only be divine

Don’t you sweat quite a lot?”

The boy replied quickly with a yes

And the father nodded back with a certain finesse

Now that young father who stood cold in snow

As both the snow and the time passed by very slow

Had his son’s small, cold hand in his

As he tried to answer to the child-like quiz

And he did as his father had done

He pretended as if education he had none

And he looked down at the child and said

and added a hint of sugar for you and me.”

The imagination of a child

Is really something so very mild

And yet, folks tend to appall it

Because they grow older and gain wit

The more a person is educating

the less they are imaginating

They’ll say “Fantasy is an uneducated way of seeing

A carefree, jaunty state of being”

A child forgets that dear friend

And with facts more time they spend

But intelligent persons would do well

To spend time with that childhood friend that fell

To daydream and to fantasize

To make-believe and recognize

What a child does every day

And see the joy in living that way

For an imagination makes a hard life

Seem as it were an easy strife

It makes happy of the days we dread

It makes dreamers of poor men

But believing in magic makes piles

After all, everything is magic to a child

And their mouths always seem to be smiled

Why live in a world of fact

When you can live in a world with abstract?

Where oceans are God’s mirrors

And trees his knights and heroes

Where mountains are, to the hills, the kings

And where wind is fairies just fluttering their wings.

One can only smile when they hear

A child tell their legend as if they were a seer

If happiness is what you seek

It’s merely a thought away, just take a peek 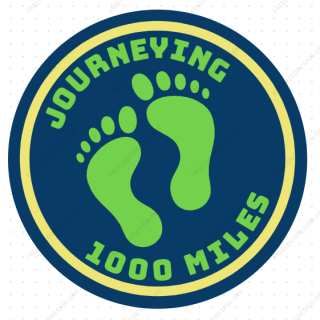